An old workshop building, previously used as an office space is converted into an event centre for children. Generally maintaining the basic layout of the floor plan a new cost efficient simple structure is inserted with a distinct surface adding a refreshing element. Even though mainly rough and basic materials were used, the new centre acquired an overall high-quality appearance. Starting in the entrance area, the new form made of dark grey painted plywood extends through the different spaces connecting the event rooms and the office with the recreation areas. The meander shaped walls also create new separated spaces such as the changing rooms and work as entrances to existing utility units. 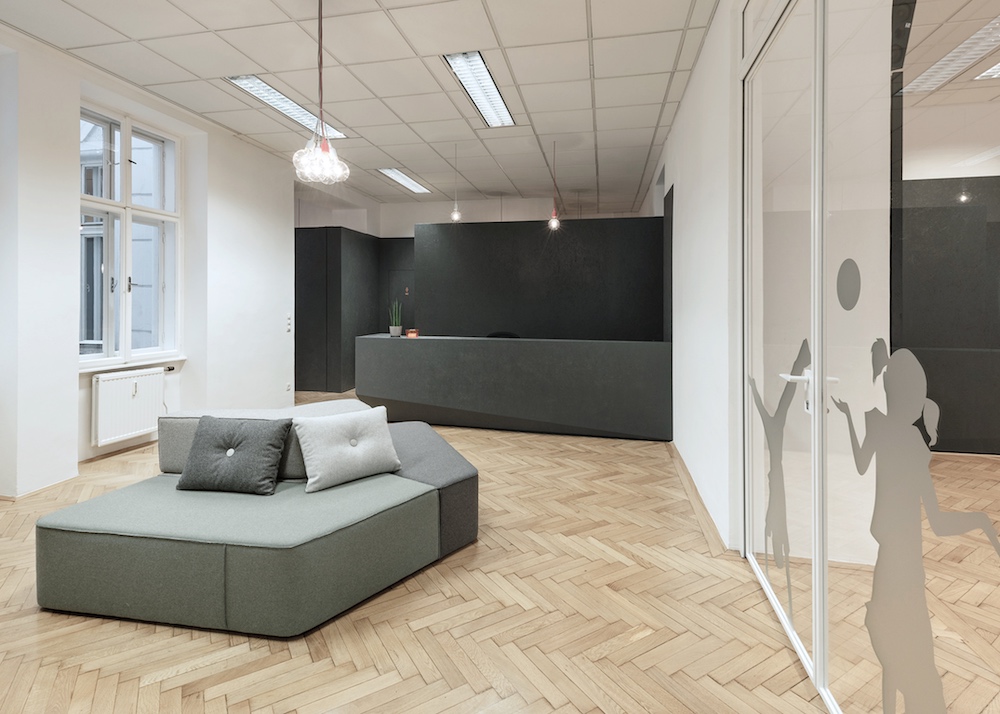 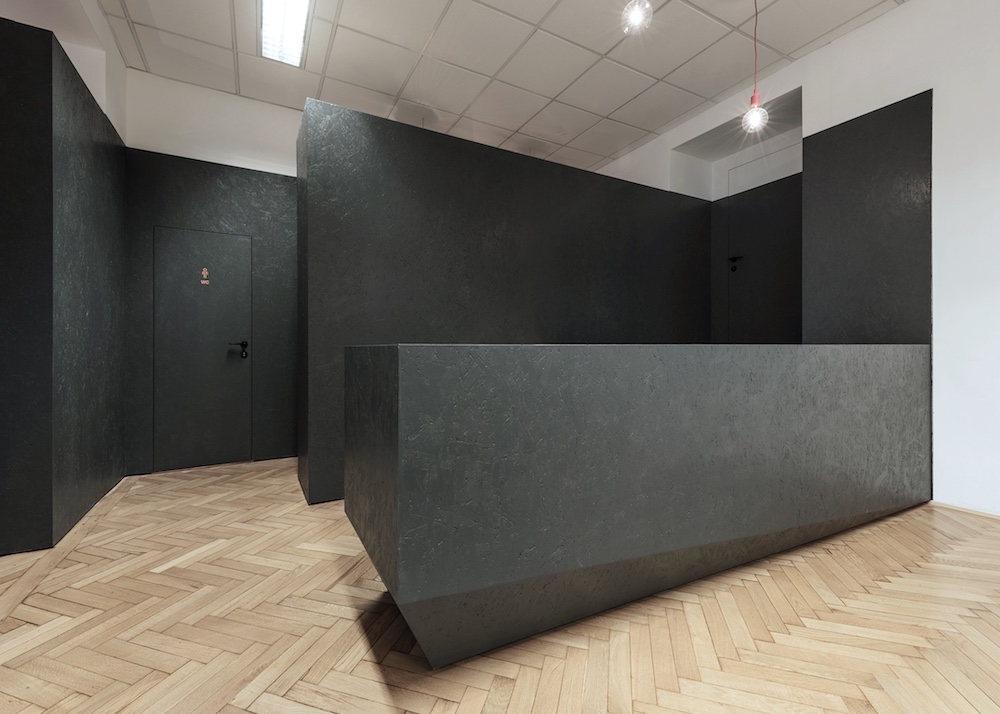 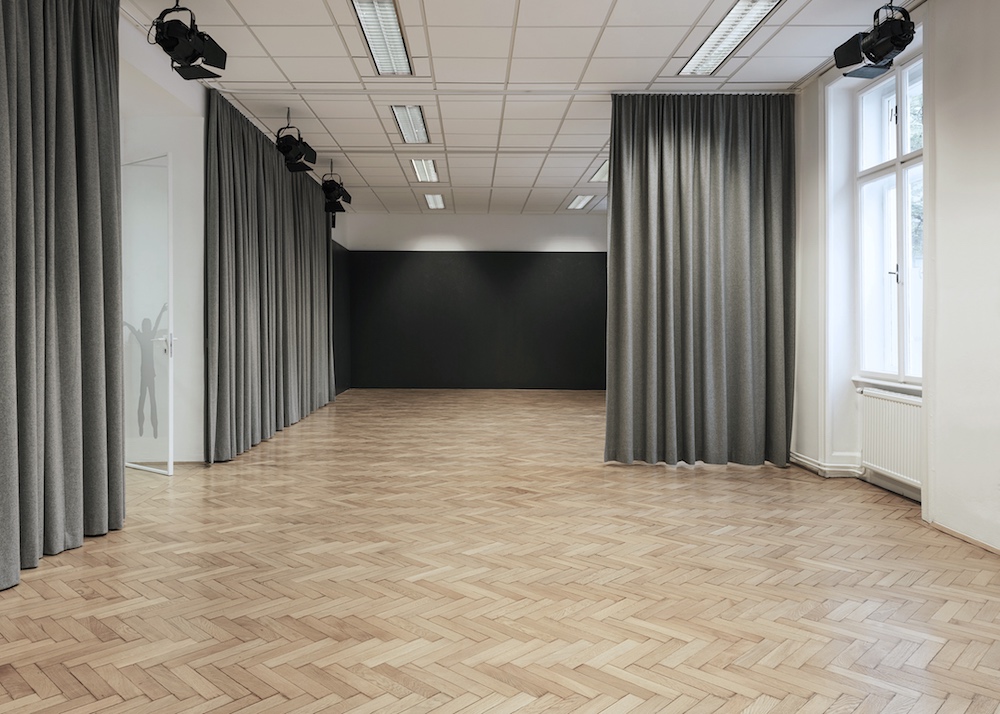 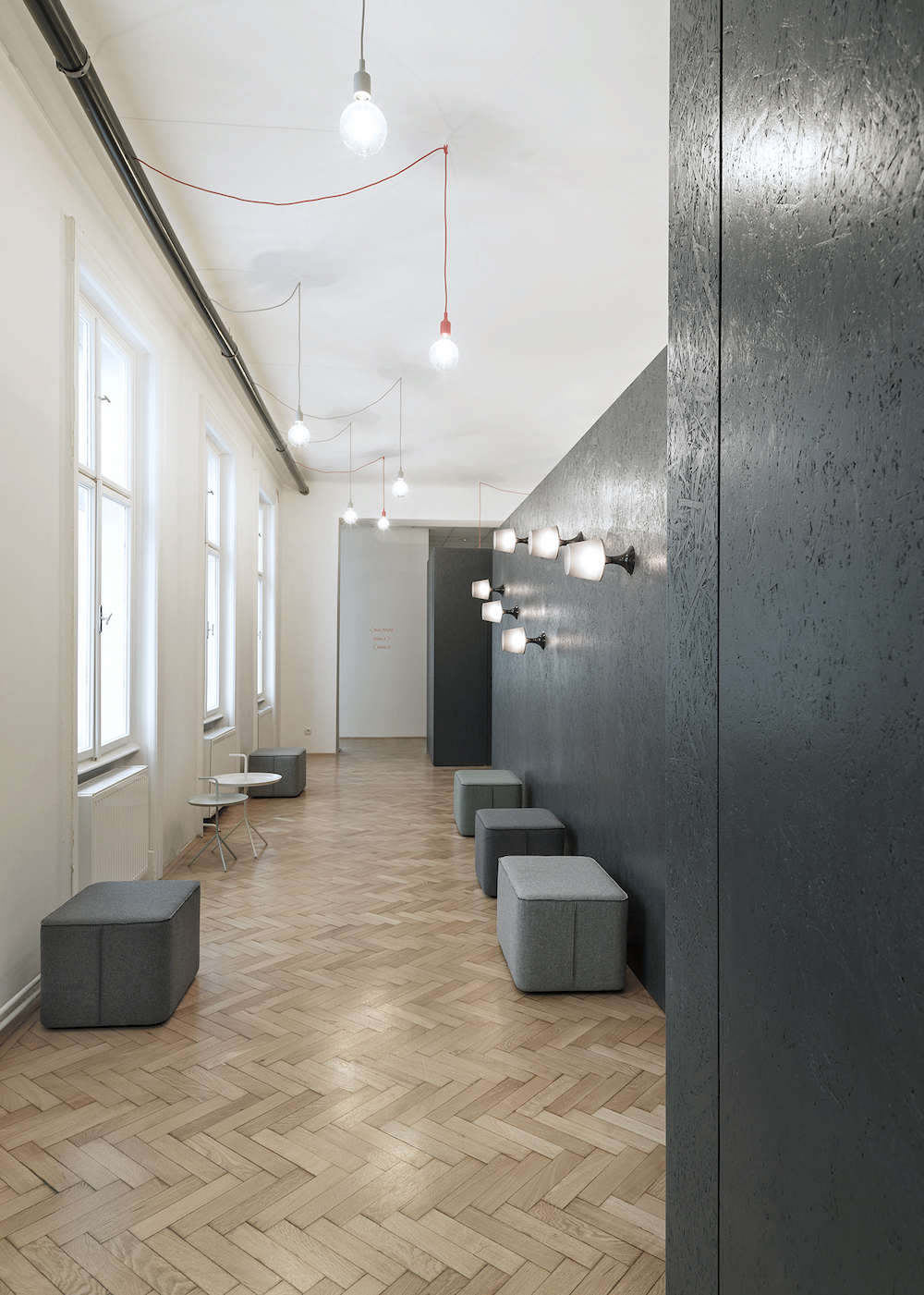 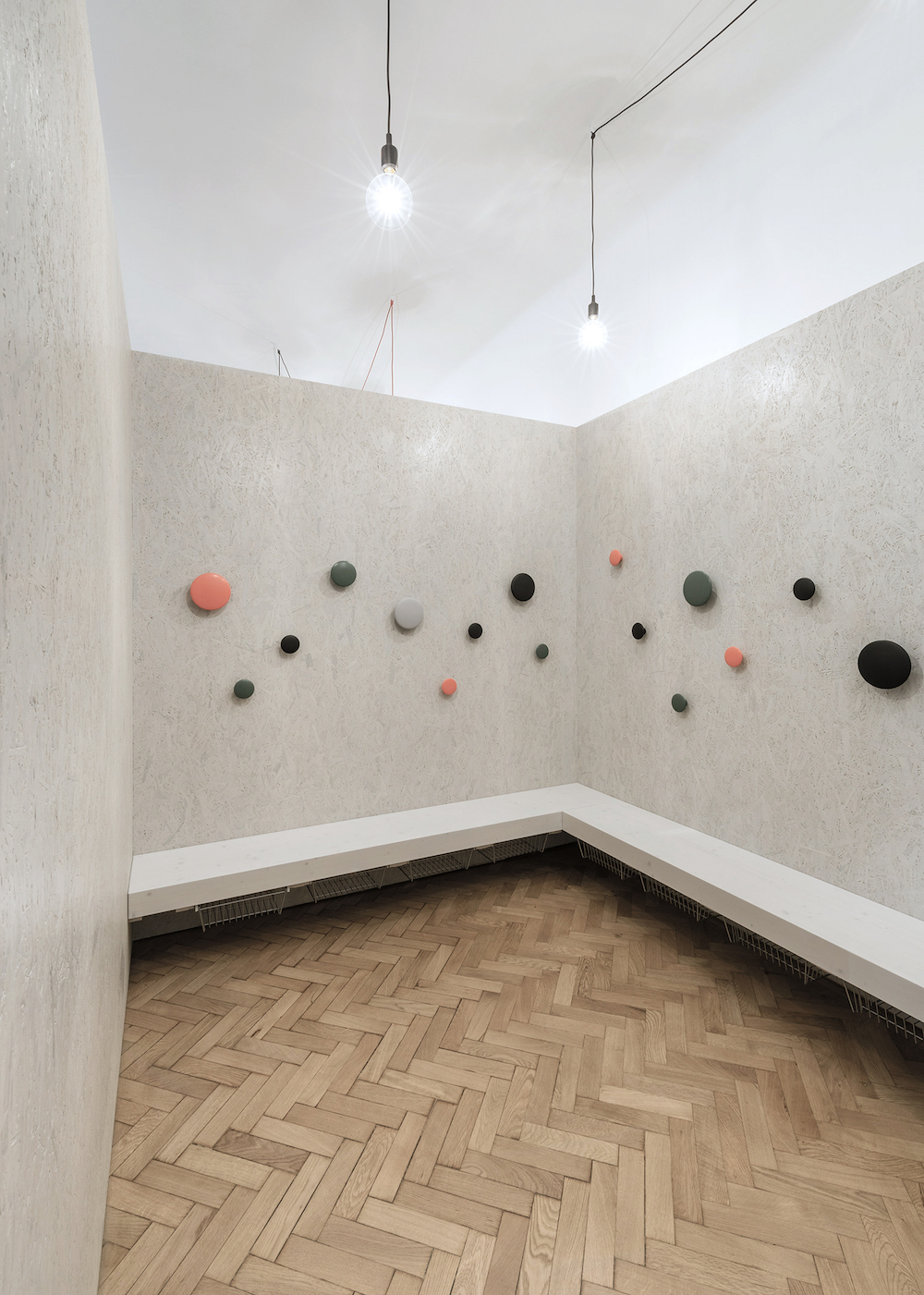 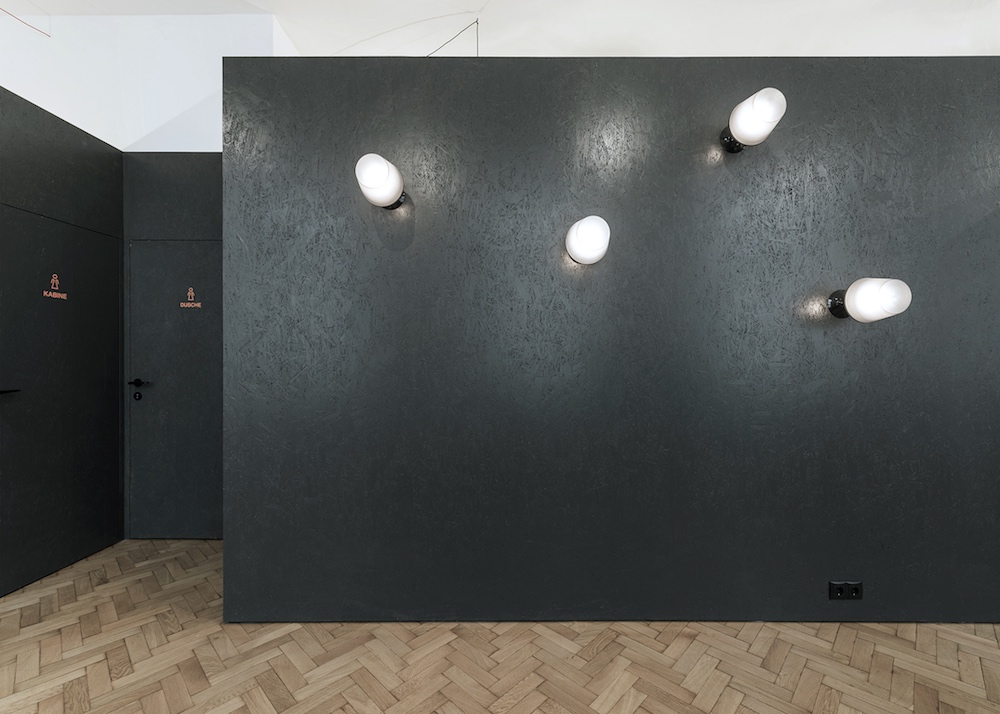 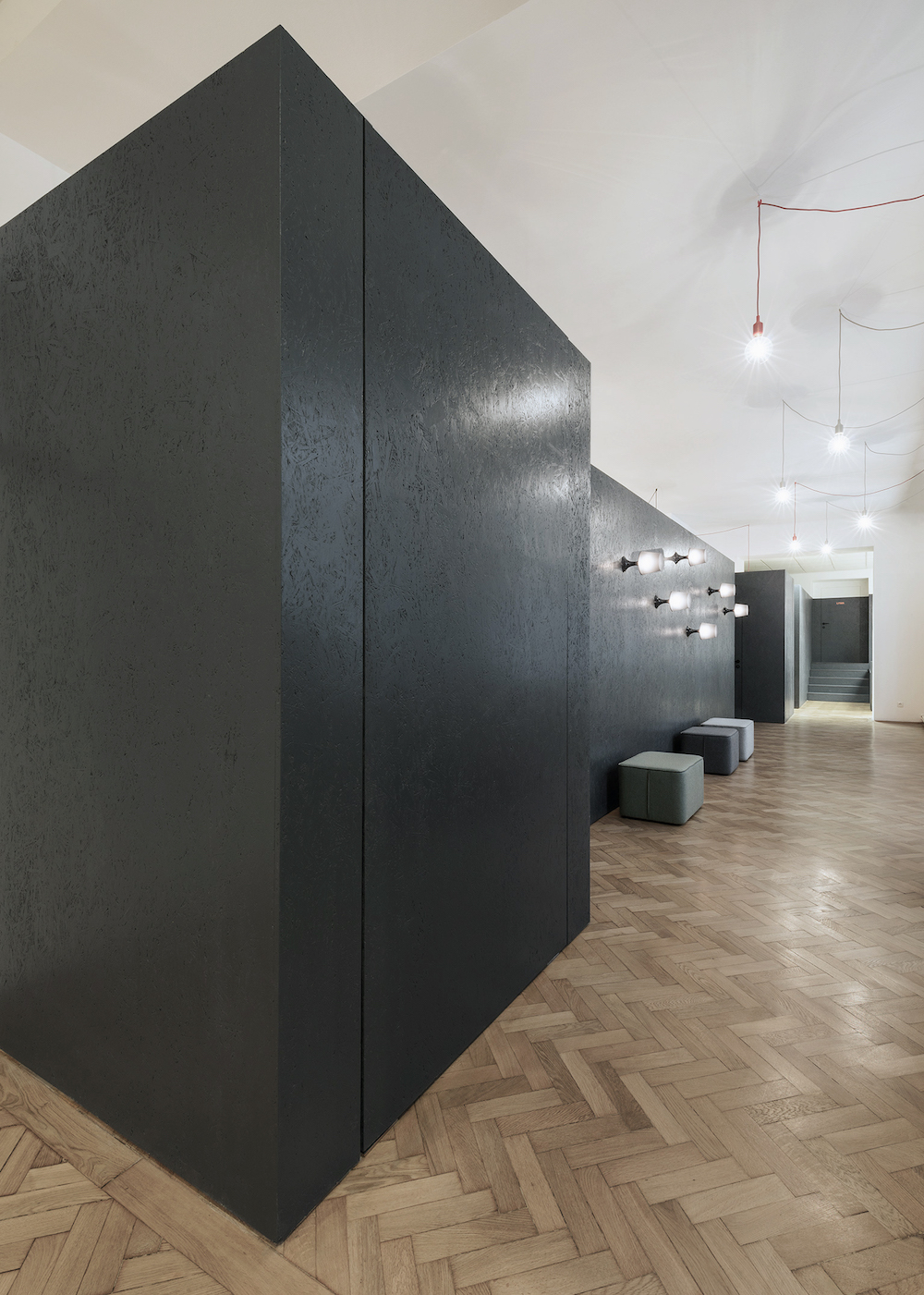