The initial outset for a single-family house commissioned by a young family was an existing building with a pitched roof built in the 50’s. In contrast to the existing brick structure which was stripped down to its basic form, a new cube was placed alongside piercing through the roof of the old structure. The reduced new volume is emphasized by its closed surface that can be completely opened on the south side. Not only do the individually adjustable positions of the storey-high wooden shutters create interesting situations but the distance of the cladding on the shutters also differs throughout the levels creating a diverse general appearance and varying light effects in the interior spaces. Few other large openings were places on the other sides of the wooden cube specifically focusing on certain surroundings and views. The distinctions making up the exterior of the two structures are not apparent on the inside, where the two volumes merge only differentiating by the room height and window formats. 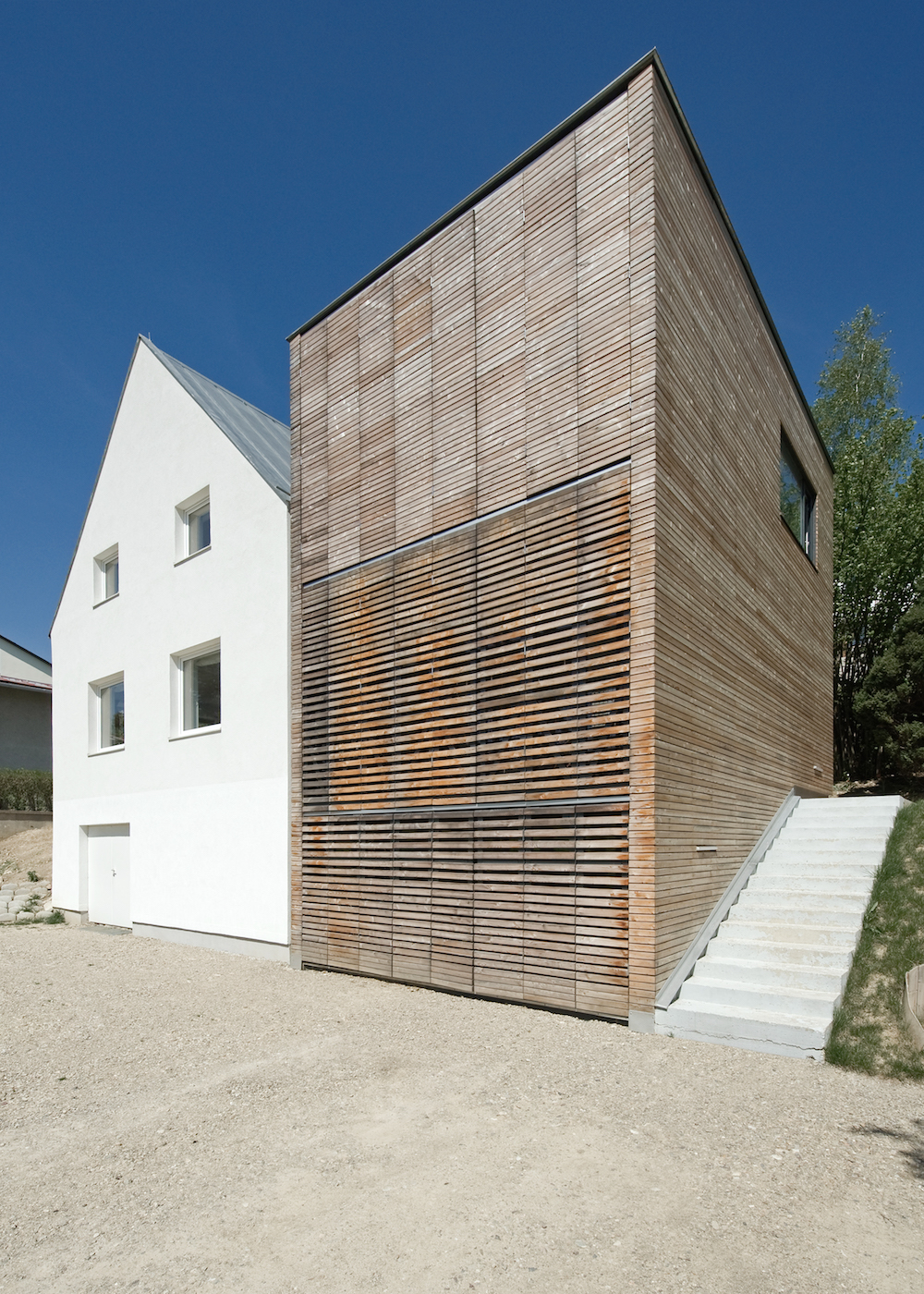 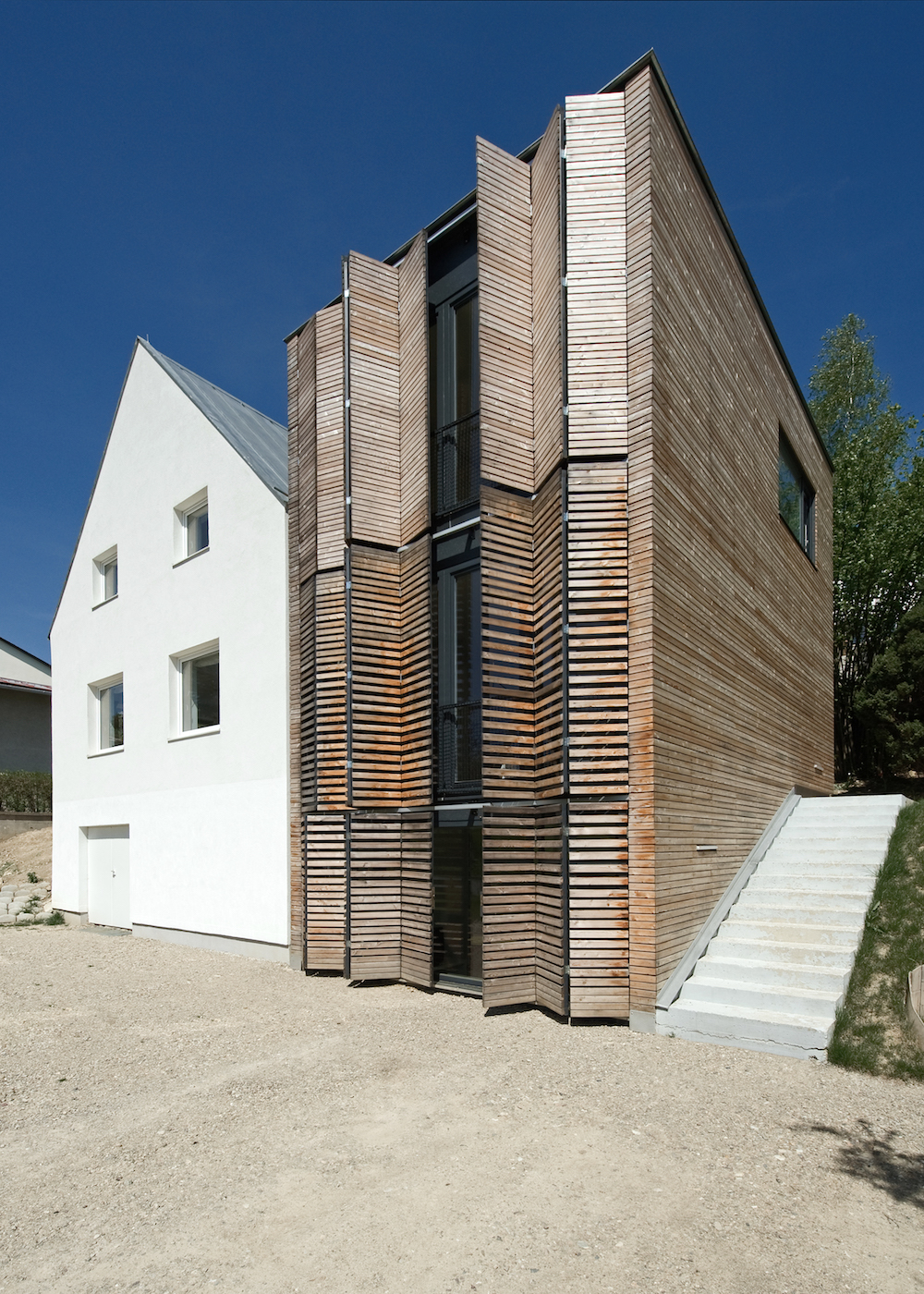 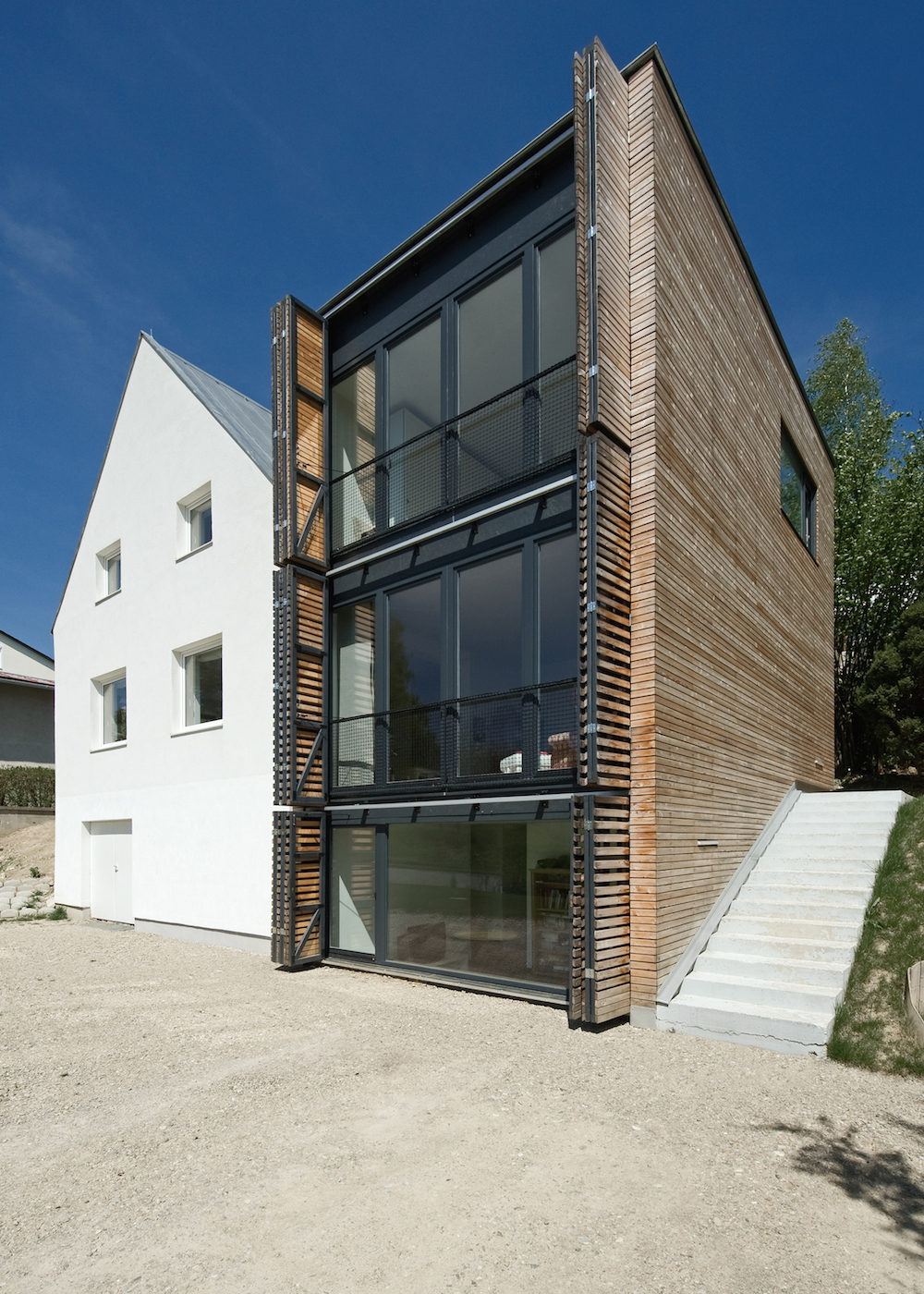 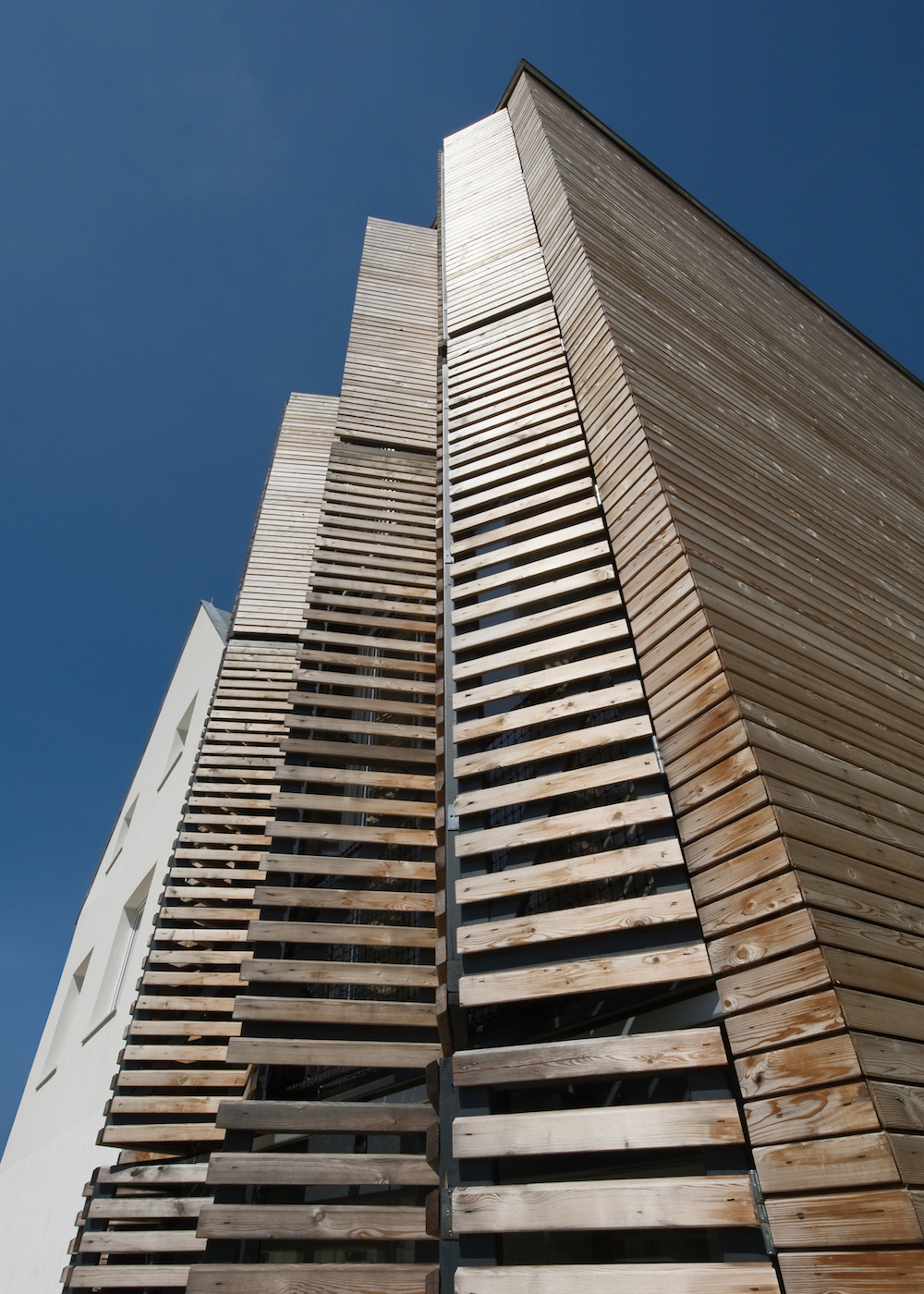 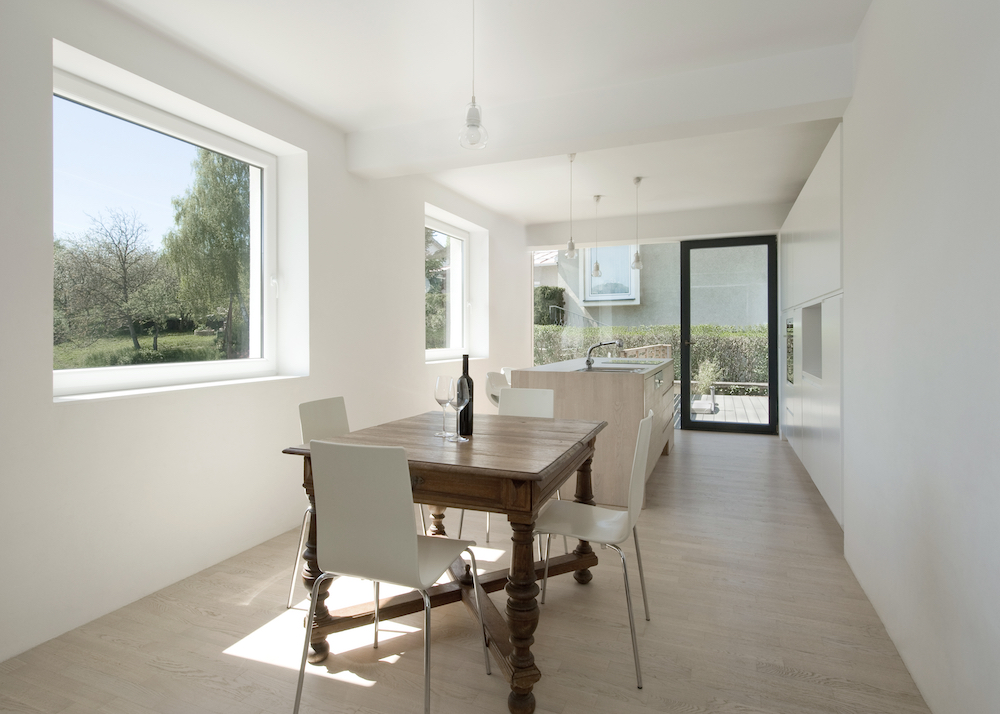 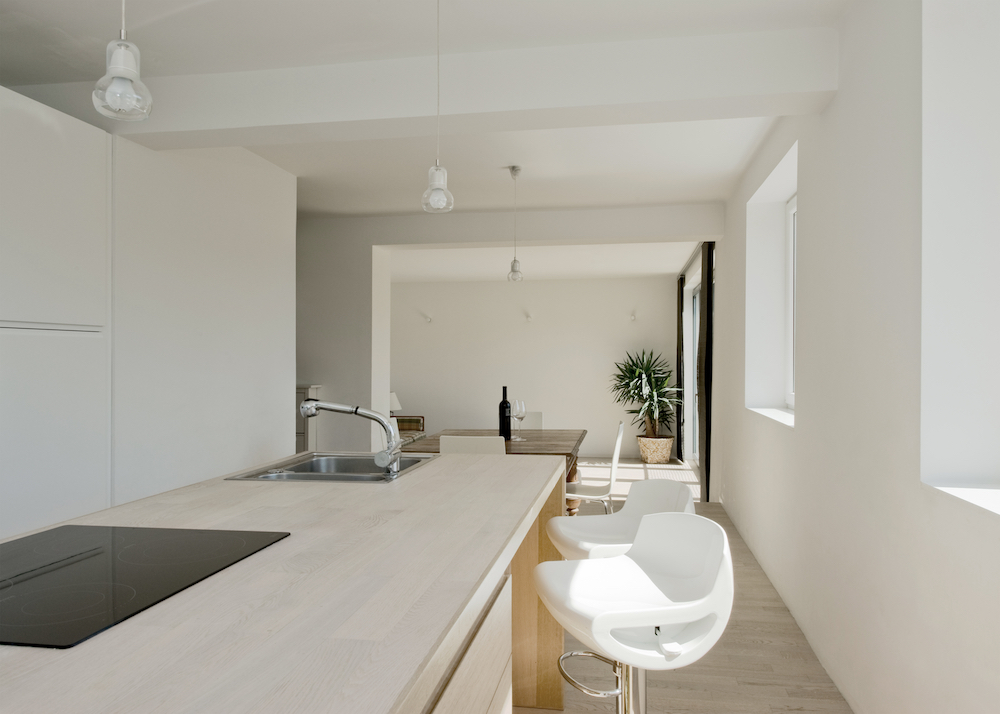 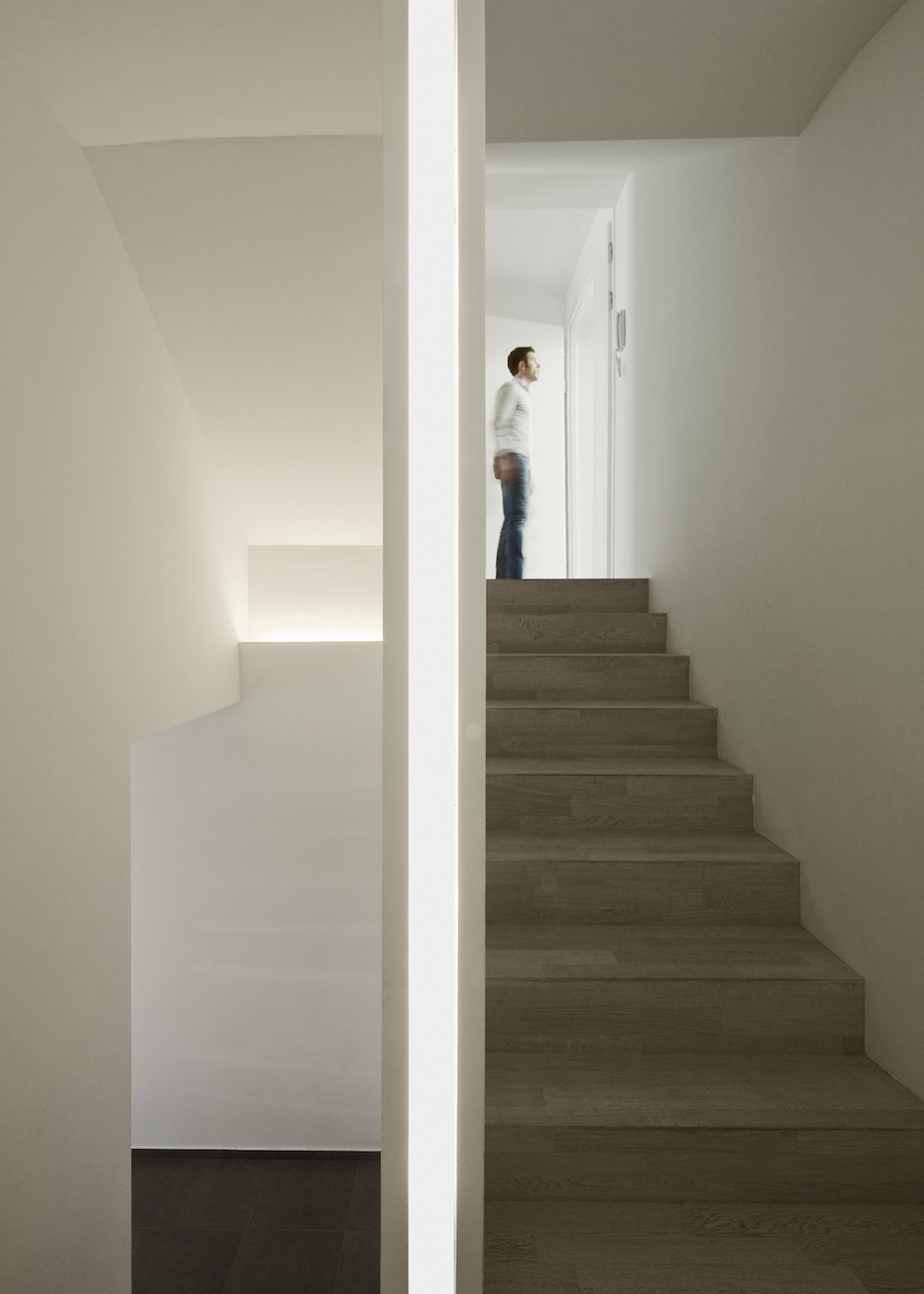 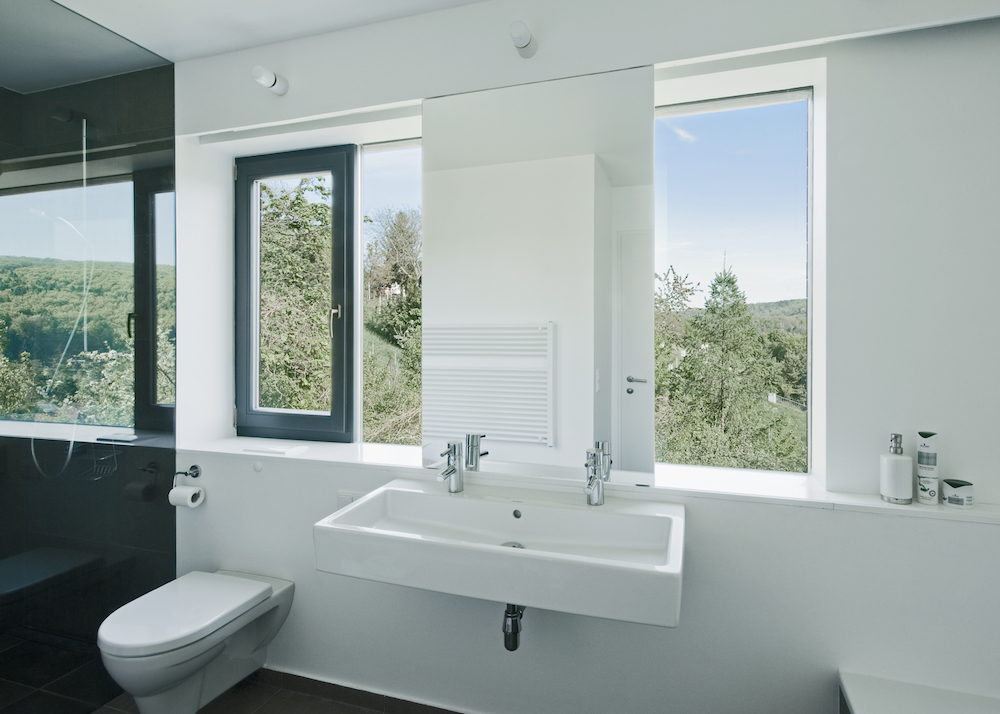 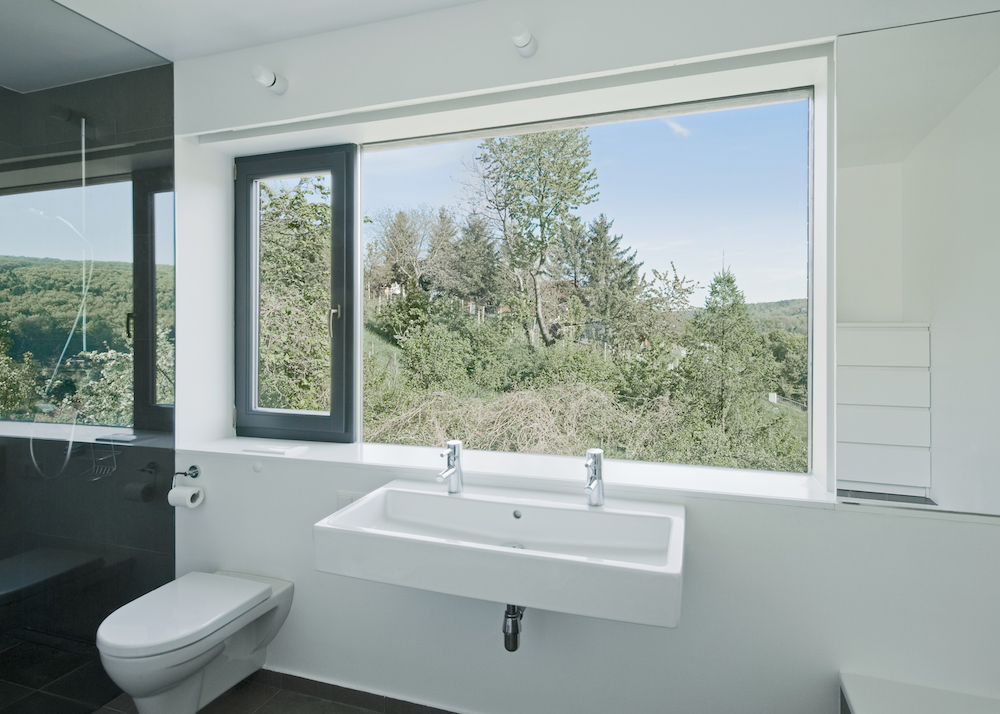 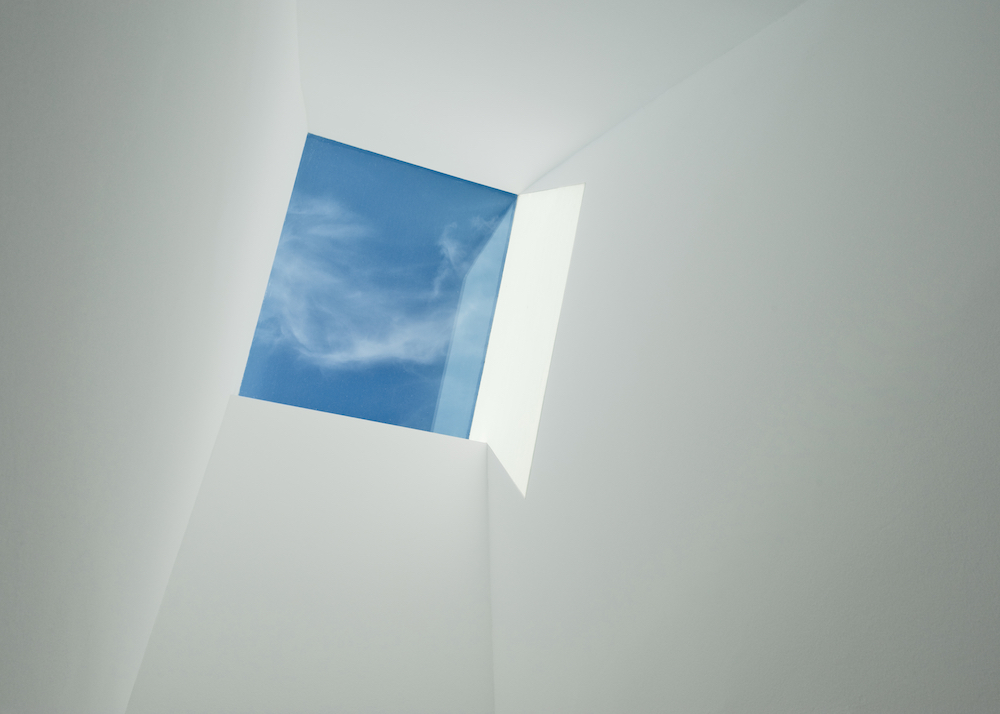 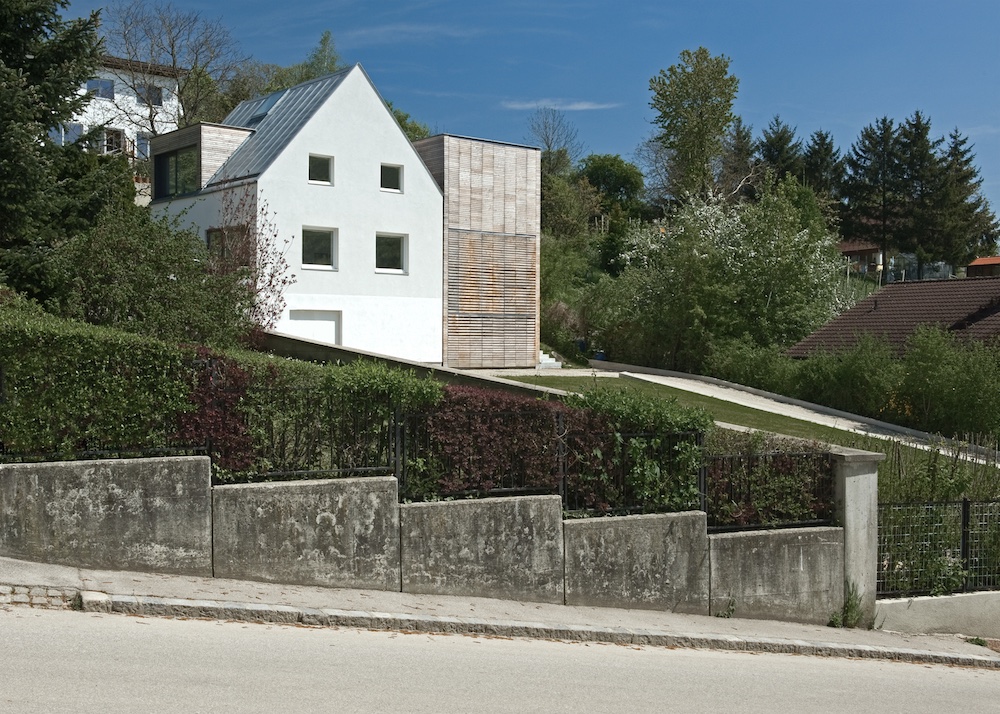 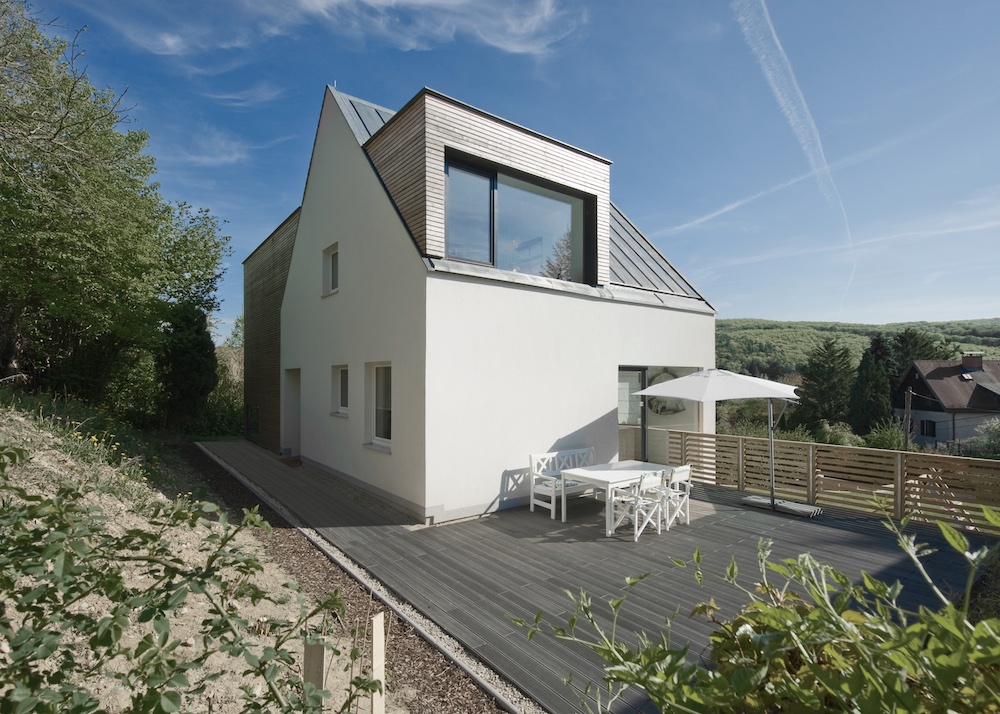 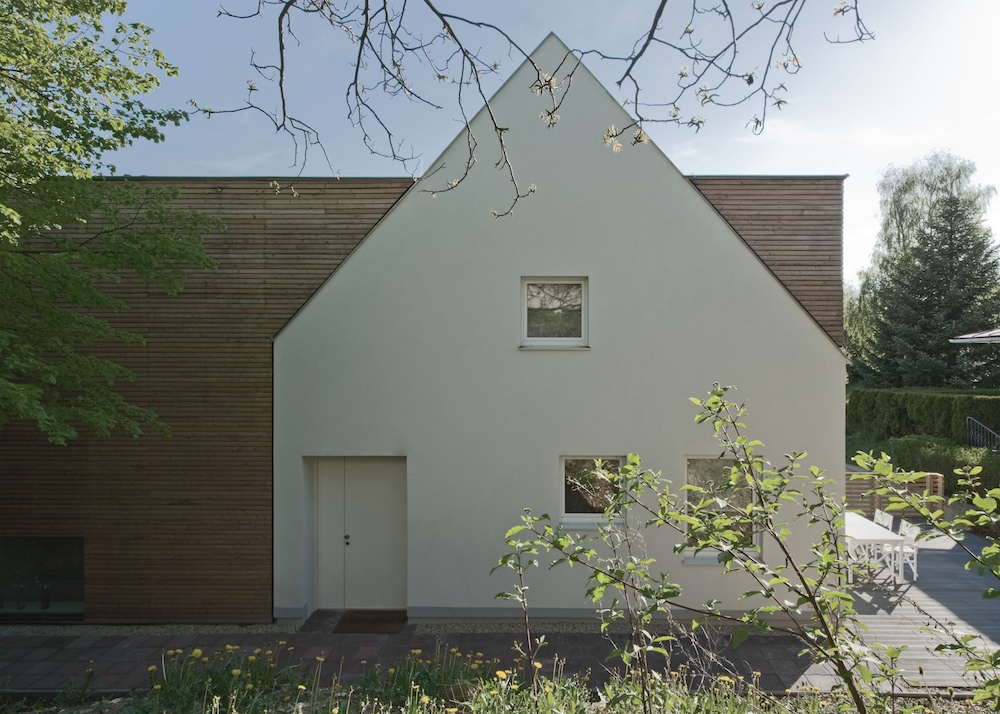