The existing early 20th century building with its reduced structured facade was extended by another three stories. The new composition creates a new highlight in the otherwise very diverse surrounding but at the same time fills the formerly open gap created by the higher adjacent houses. A challenge was to construct three additional floors with a set limit regarding the possible surplus weight that the existing building could bear. The precise preliminary planning was crucial as well as working out the optimal building element compositions and materials. Creating modern and high-quality spaces affected by a limited building height and constrained costs was one of the main aspects of the design. The modern volume, set on top of the existing house adopts the present window axis and widths, but differentiates itself by larger openings and new materials as well as an overall dark surface. A uniform character of the extension is created by using a continuous material on the facade and the roof and simultaneously reducing element details. The classical window formats of the old house are complemented by French windows on the upper floors that not only greatly improve the natural lighting but also generate a transitory space for greenery and a stronger association to the urban surrounding. 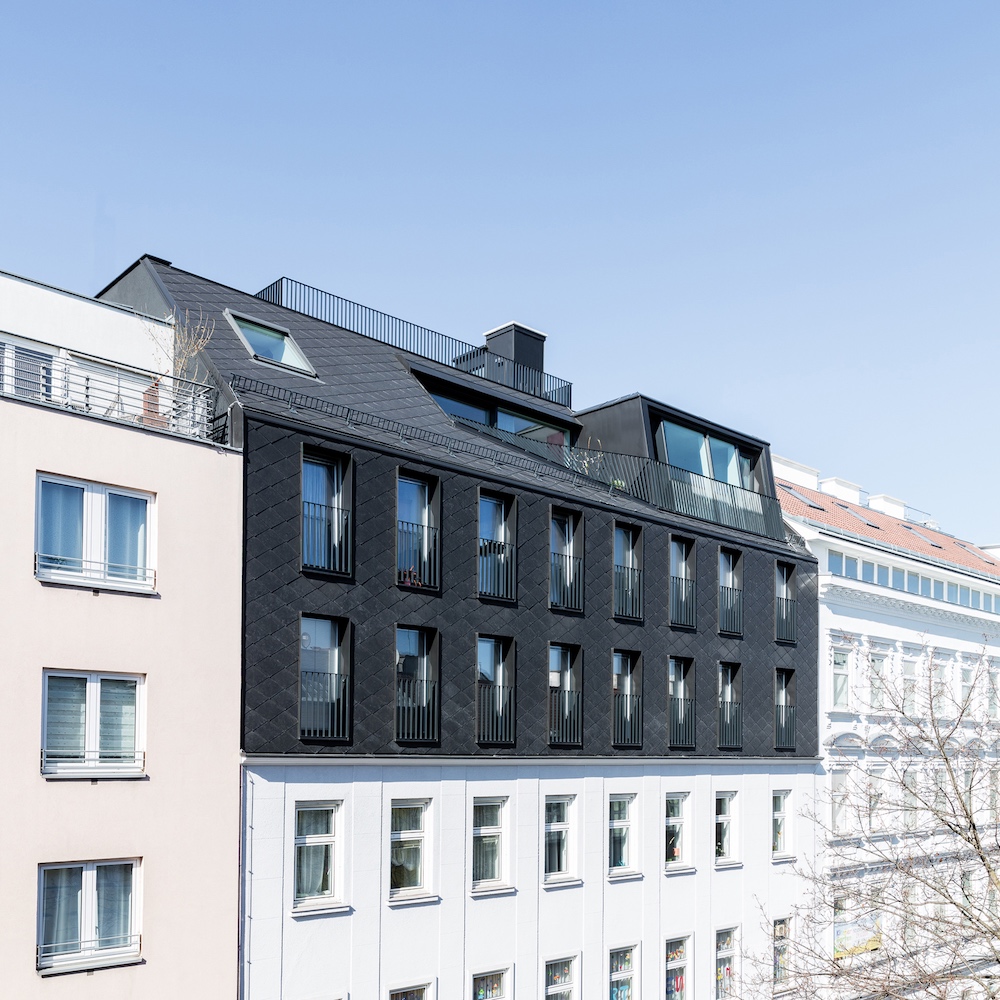 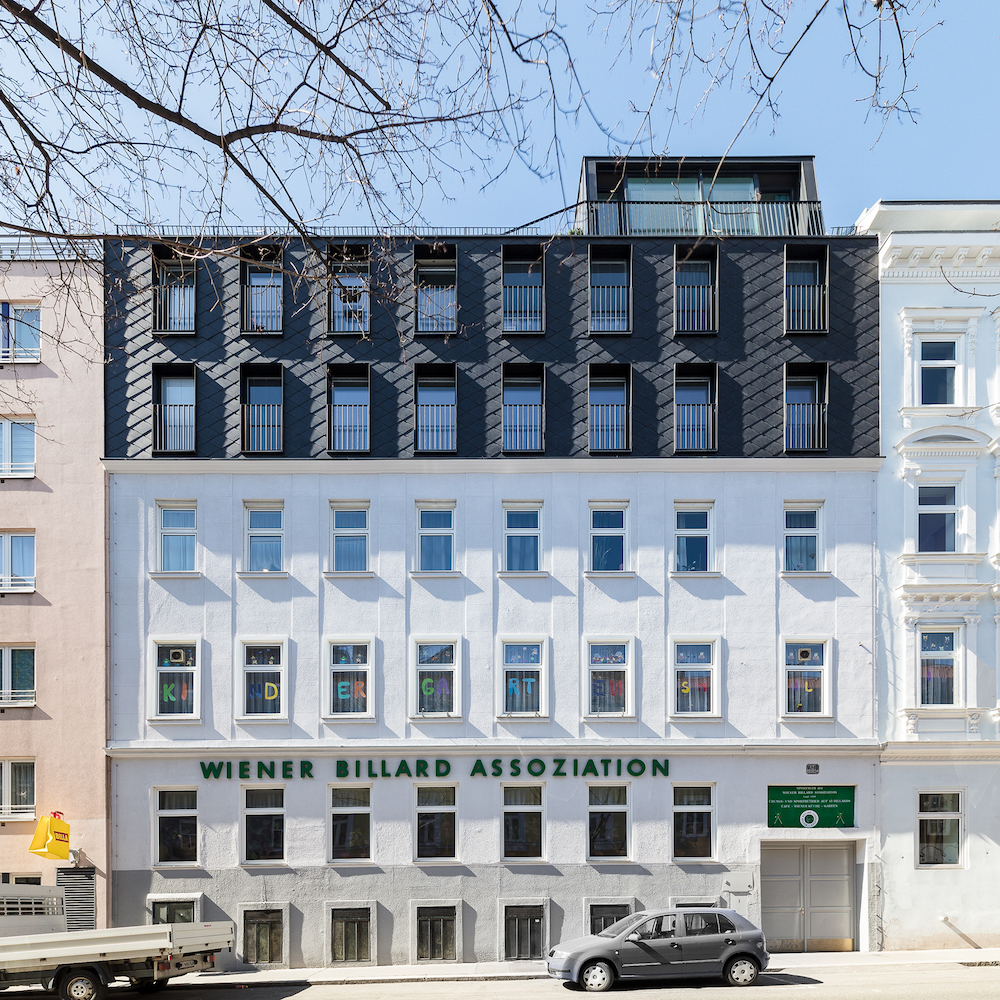 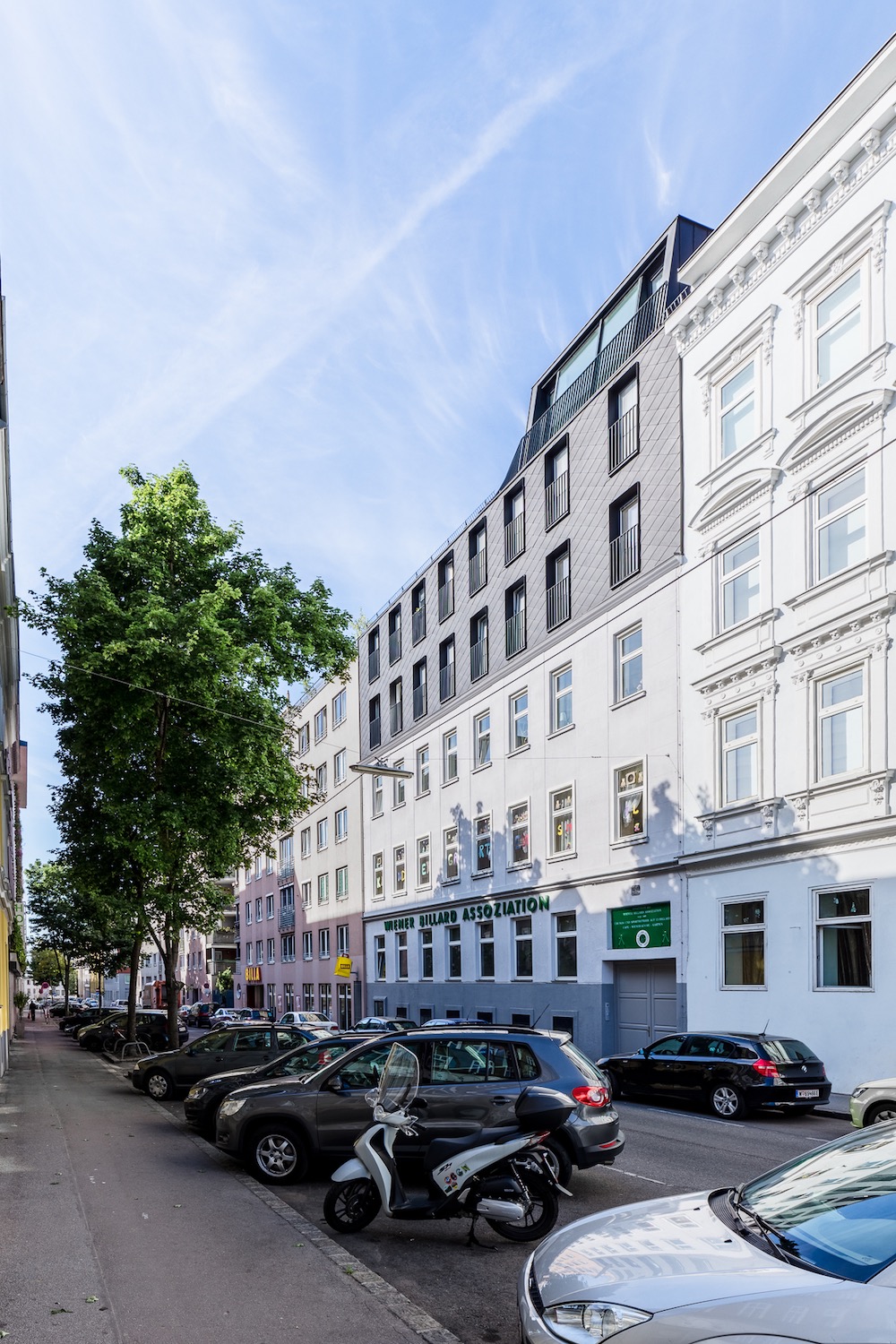 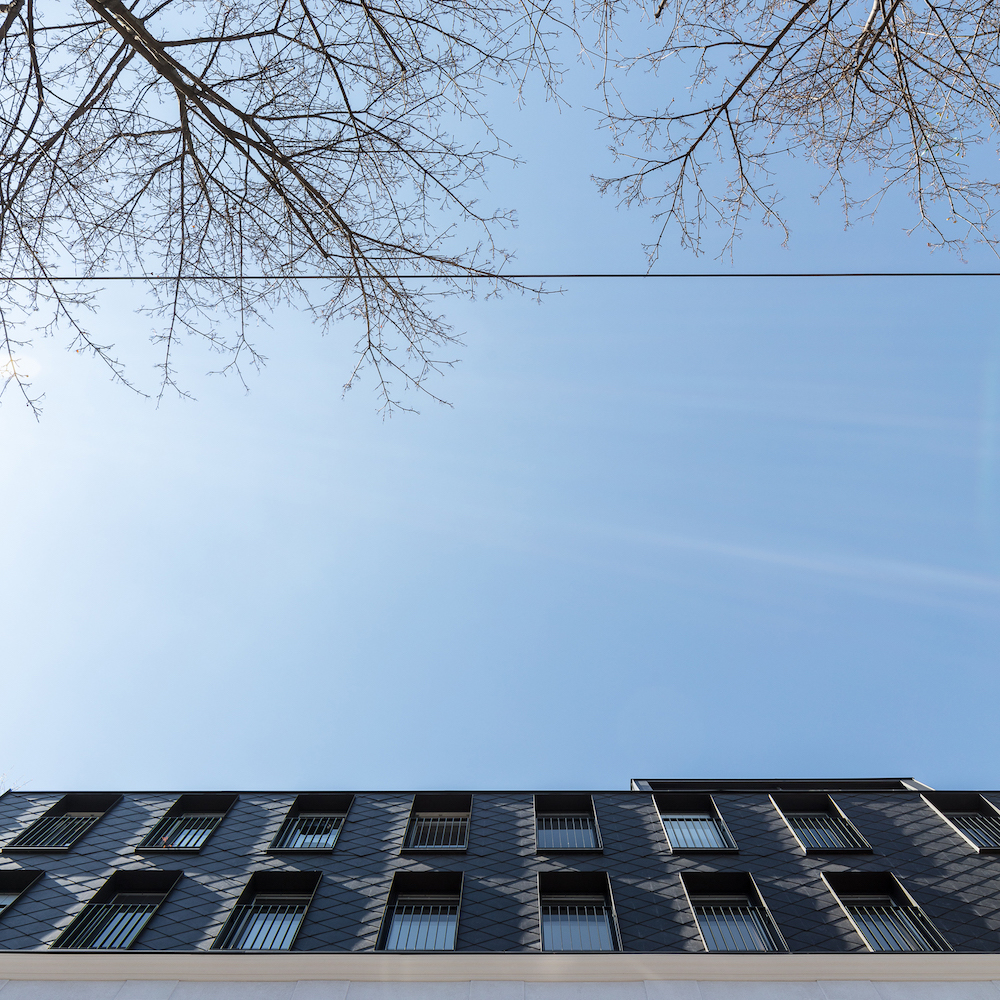 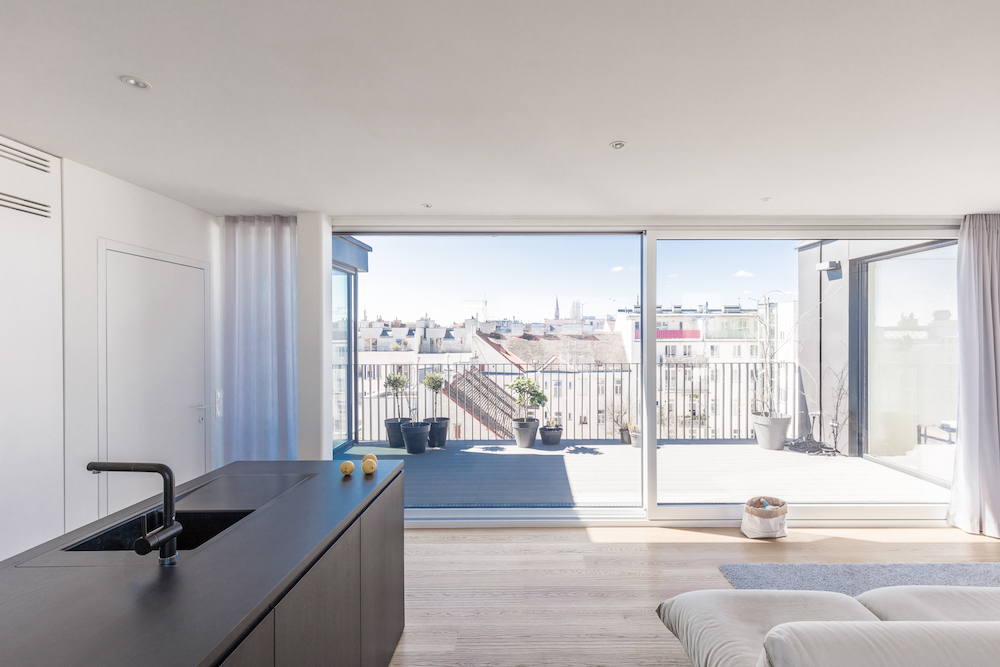 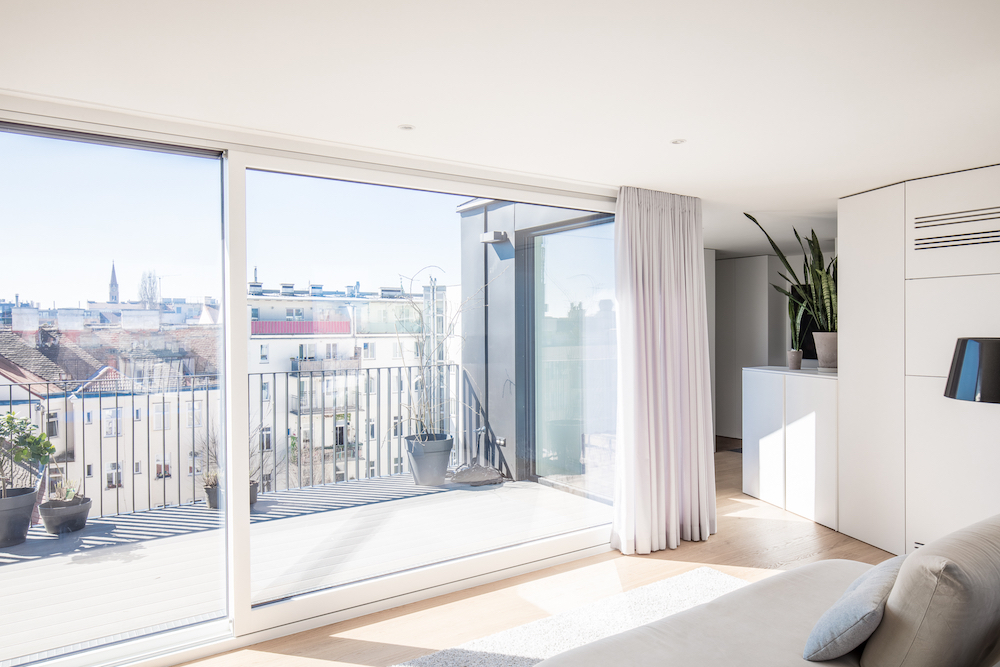 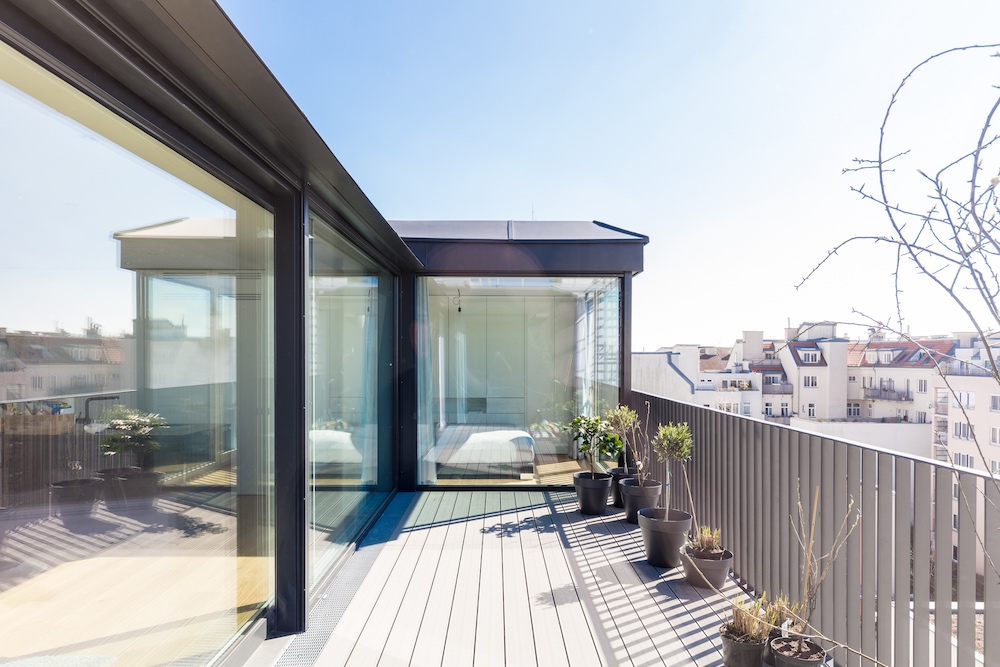 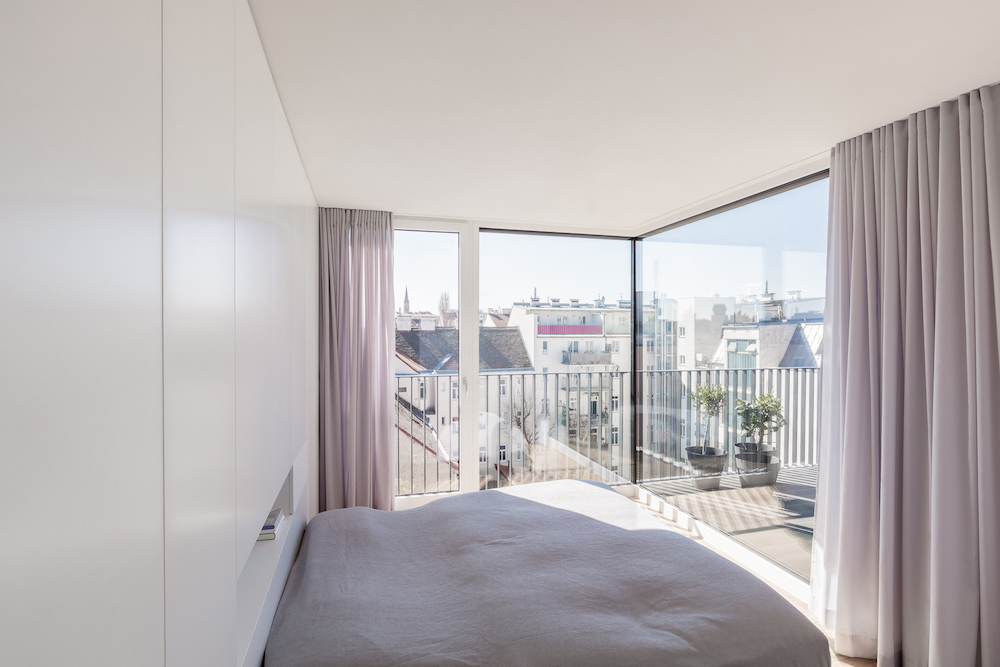 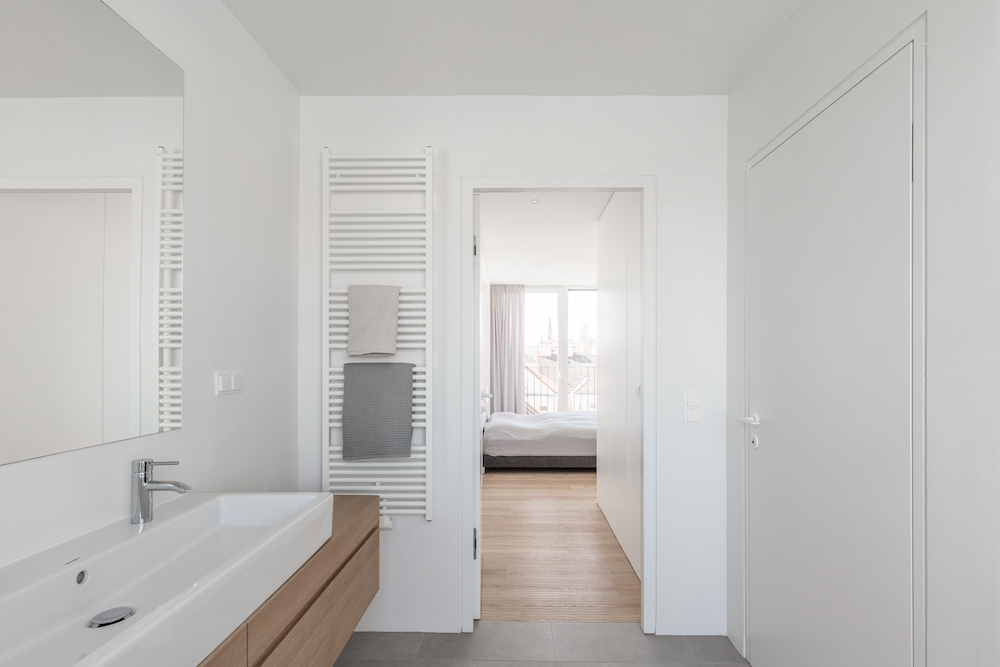 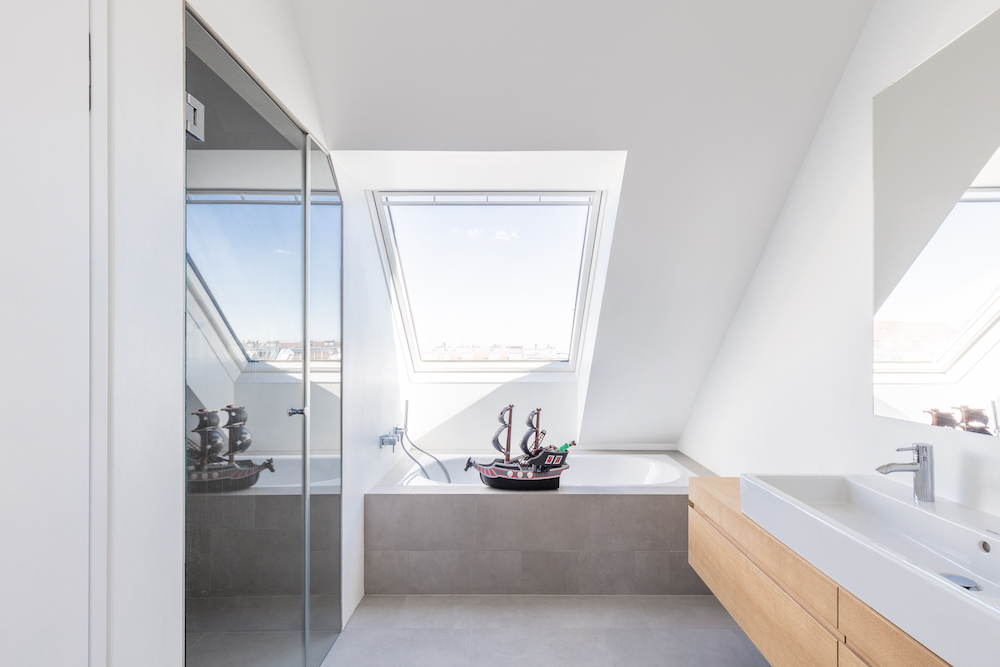 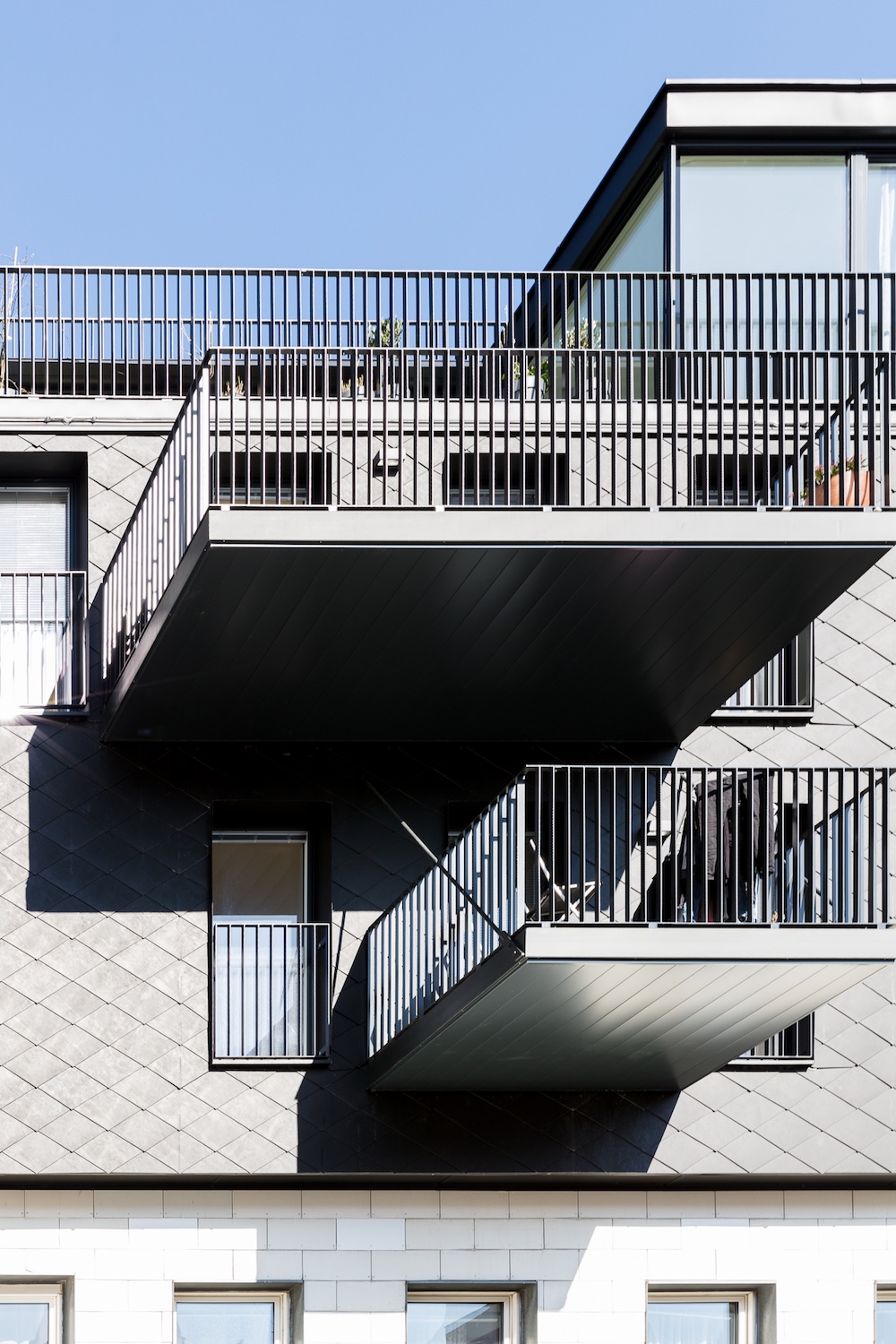 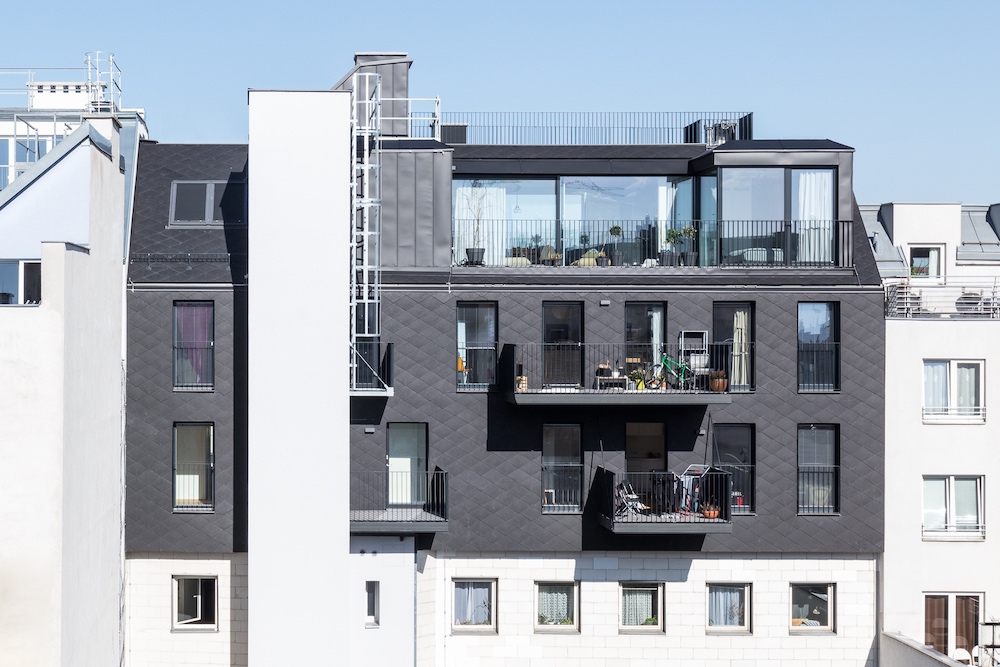 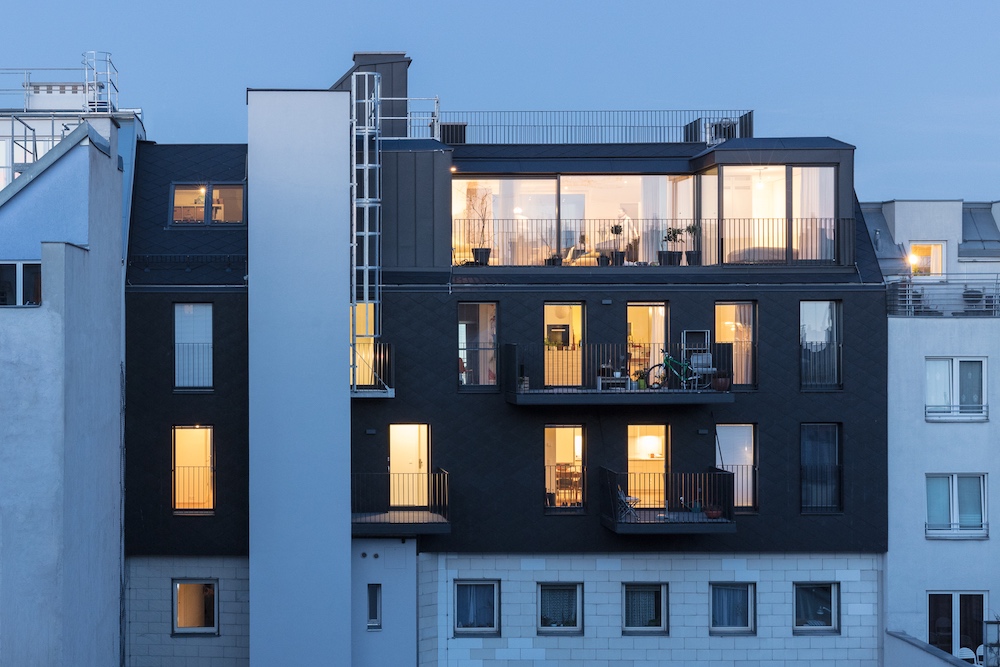 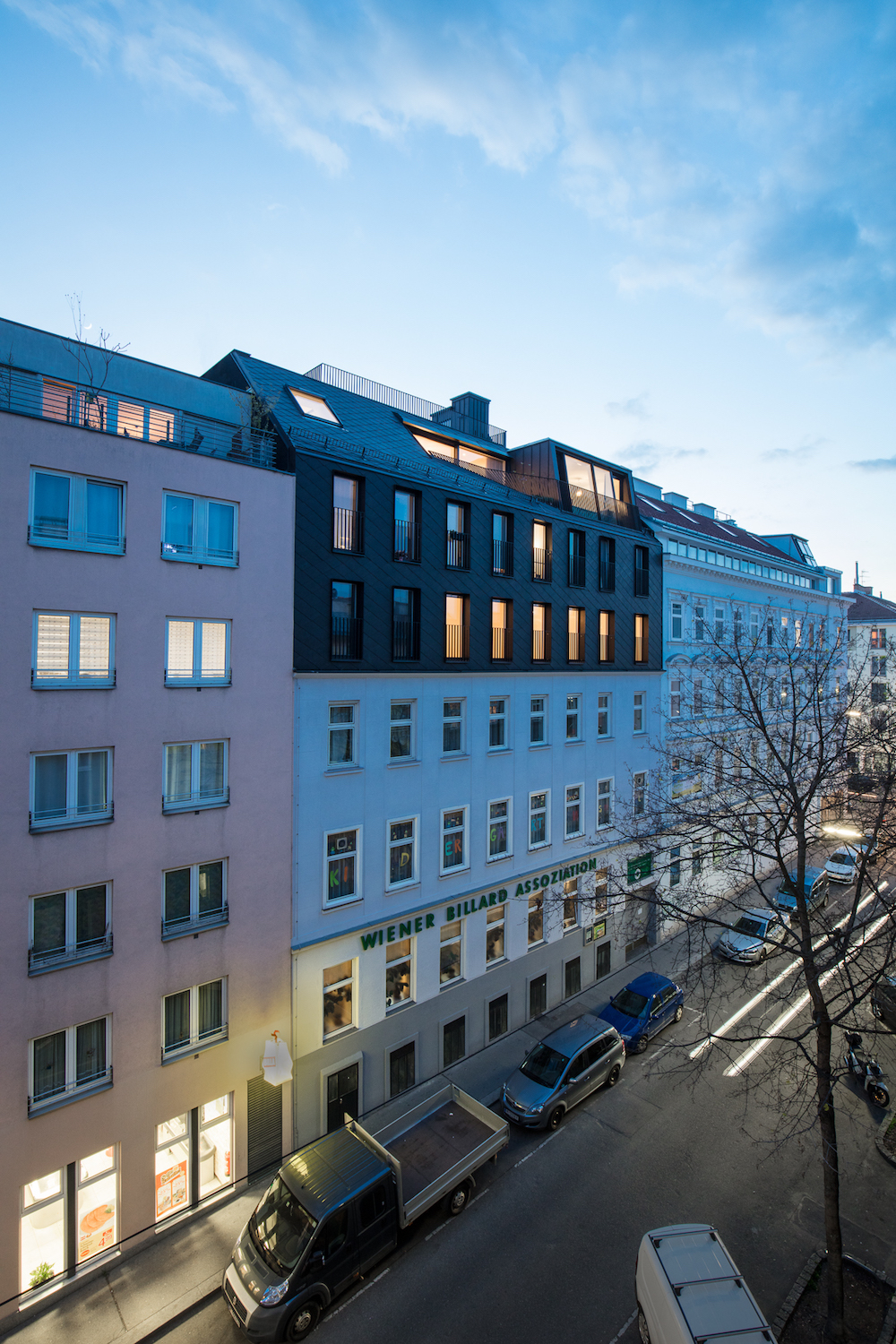